My dad really likes Mr. Magoo so I couldn’t resist getting the Shout Factory DVD set which contains all of the cartoons from the TV series. Since all of the Mr. Magoo Show cartoons are 4.5 minute shorts, I could split them out of the half hour episodes and put the individual cartoons into the Animated Shorts collection on my Plex server.

Don’t make this stuff up

Of course if I was going to split them up I wanted to get the order as correct as possible. When I checked TheTVDB.com the airdates for each short were pretty random. Sometimes three shorts were listed on the same date, sometimes only two. Checking Wikipedia it appeared that it was the source for the random dates since it had the same thing. Apparently someone had just decided to just make up dates and even call it a network show when it was actually syndicated.

I did a lot of searching all over the internet to see if there was any better information, but didn’t expect to find much about a show from 1960 which doesn’t just pre-date the internet, but pre-dates microcomputers and VCRs. I found a blog post which had determined that Mr. Magoo aired both daily and weekly depending on the whims of different TV stations, but had no information on which shorts had aired when.

Not finding the information I was looking for I took my researching to the next level and started trying to find old newspapers and TV guide issues. Some newspapers have been scanned and put online, but access is often restricted. I went down to my local library to ask them what they had access to and found out that they did have some old newspapers scanned in, but you had to access them from the computers in the library.

My next idea was to see what the copyright year was on the shorts themselves, but when I started going through the episodes frame by frame there seemed to be no original copyright information at all! The only thing on them was a copyright notice that had been digitally superimposed on the title cards for the DVD release.

In 1960 for a copyright to be valid it was required that a copyright notice be present on all works and I started to wonder if maybe there actually was no copyright at all because of that error. There were exceptions though for cases where a publisher had accidentally left it off and had corrected it right away. I went digging through the Library of Congress US Copyright Database to see of there was a copyright on file and if it had been renewed.

What I discovered was that there was a current copyright on file, but the copyright had been registered as the original intended airdate, with each short having a copyright date one after the other, skipping weekends. This helped explain why some TV stations had a daily Mr. Magoo show and why some were weekly. Mr. Magoo had five shorts per episode, and like Clutch Cargo, TV stations could either air one short each day, or air all five together in a single episode with bumpers to pad it out into a half hour show. It also looks like there were initially 21 episodes in the 1960-1961 season, and an additional 5 episodes created in 1962 to make the total episodes an even multiple of 13.

After ripping the episodes I re-used the program I wrote for splitting up Rocky & Bullwinkle. I had added some command line flags to specify opening & closing credit length and the minimum and maximum bumper length. For the most part it worked, but of course there were some problems with the episodes which I had to compensate for.

Every episode of the Mr. Magoo Show has the opening and closing credits, five shorts, and a bumper sequence just before every short. There are chapter markers at the beginning of each episode. Well, almost. Some episodes had an extra chapter stuffed in at half a second before the end of the entire show, well after the closing credits. Other episodes were completely missing the chapter marker at the beginning of the first short! And in one episode, the chapter markers were ahead of the short by several seconds.

Since the Rocky & Bullwinkle script only handled finding the split points but didn’t do any of the actual splitting or renaming of the shorts, I decided to write a new script that could handle doing everything itself. The script is a combination of the Rocky & Bullwinkle script plus several other scripts I’ve been working on for splitting things like The Herculoids and The New Adventures of Superman and The Powerpuff Girls.

The new scirpt is also now able to load episode information from either a csv or download it directly from TheTVDB.com. I’ve added the script to viddin, available on github. And if you happen to have the DVD set, here’s a spreadsheet with the start & stop times and title information. 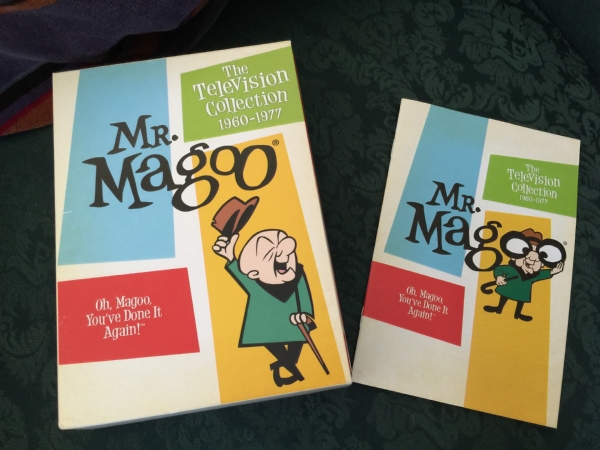