This past holiday season nostalgia took over and I started collecting old animated holiday TV specials. It wasn’t a very big leap to go from animated specials to classic cartoon shorts and TV series. Soon my mailbox was stuffed with discs to rip and place on my server. 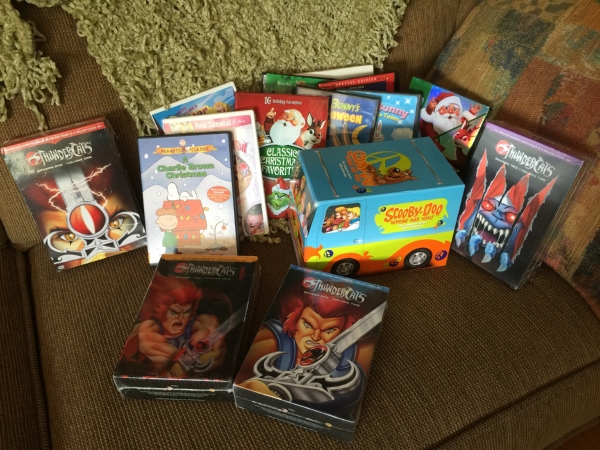 Messing around in Plex I discovered a little shuffle button over on the side (the one that looks like criss-crossed tracks) which will randomly select a show and start playing it. When the show ends it’ll pick another and just keep going until you hit stop. The first time I tried out the shuffle button was while I was looking at the collection of Looney Tunes shorts. When the first cartoon started playing there was just this amazing feeling of not just nostalgia, but how perfect it was to have a random cartoon start playing.

Looney Tunes, Tom & Jerry, Pink Panther, Woody Woodpecker, and other shorts aren’t really episodic in nature and can be played in any order. Because Plex lets me organize things by more than just “TV” and “Movies”, I’ve taken my collection of shorts from many different studios and put them all together in a single library. With all the shorts in a single library, I setup a filter on that library to display only unwatched cartoons. Whenever I want to watch one or two, I just choose the shuffle button and instead of spending half an hour trying to decide which cartoon to watch, I have an instant cartoon show! 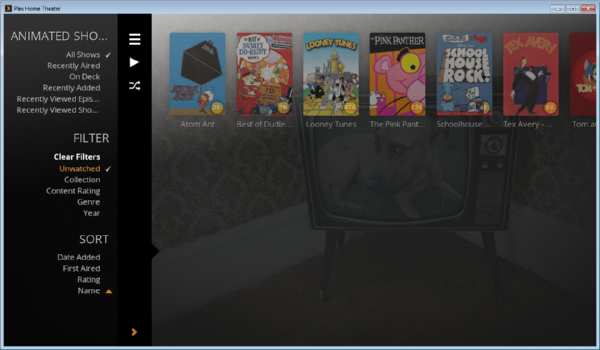