Trying to get Linux on a PowerMac 7200. #imustsucceed 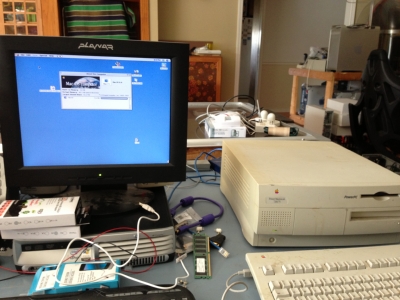 This is the first part about getting Linux installed onto an old Mac. You can read the second part here.

What started out as something that I thought would take an hour or two tops has turned into a major challenge! I had this idea that I would put Linux on an ancient PowerMac 7200. After doing some searching to see if current distros supported such an ancient thing, it appeared that Debian does. However I'm not beginning to wonder if that's true.

The Mac is very old, from the mid '90s. It's a PowerPC 601 processor but has PCI slots, making it what's known as an OldWorld Mac. This quest started mostly because I'm curious to see if netatalk can (or can be made to) talk directly to the serial based LocalTalk AppleTalk hardware built into a Mac of this era. Getting that to work is actually just a stepping stone for another project, but putting Linux on the Mac seemed like a good place to start. 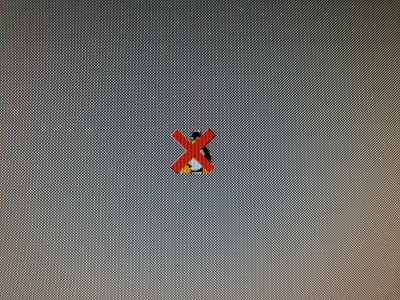 Bad Tux! I downloaded the PowerPC variant of Debian 6 squeeze and burned it to a CD, but was unable to boot it. After lots more searching I found that because of the closed nature of these computers they were unable to make the CD bootable, instead I would have to boot from floppy. More and more hunting and I was able to track down a boot-floppy-hfs.img and make a floppy from it. The floppy starts to boot but then switches to a Tux penguin with a red X over it.

I looked for more documentation and found that now Debian recommends you netboot. Of course they provide no info on how to do it at all. To netboot you need to go into the OpenFirmware and issue a command. Great, except the wizards at Apple decided to make the OpenFirmware console go out the modem port instead of to the screen! I dug through my collection of ables and found a proper cable and plugged into another computer sitting nearby. I had a console!

Well, turns out having the OpenFirmware console is useless because there's no xcoff format kernel that I can find anywhere to have my server send to the Mac. Once you get Linux installed on your Mac you can build one, but that doesn't really help to get Linux installed now does it! 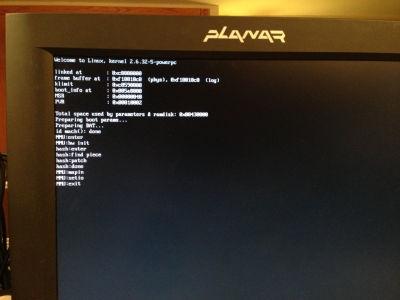 Somehow someone had to do this the first time so I keep at it. I find that Debian actually has a small amount of docs on using BootX and I get that and get the special kernel and initrd that BootX should use to get up and running. This gets me a text console but then it just hangs and goes no further.

I have yet to actually get the CD to boot.

I was able to get it installed. You can read the second part here.

Did you check out mintppc.org?